I called The Evening Standard newspaper to see if they’d run a piece on us in the ‘Ad-lib’ section. They said they might, but they needed a good photo. Nick said he knew a photographer (Tim Wilkins) that shot the food at Marks and Spencer, I thought perfect. Take a black ‘n’ white shot of Elizabeth, like you would a plate of sausages! 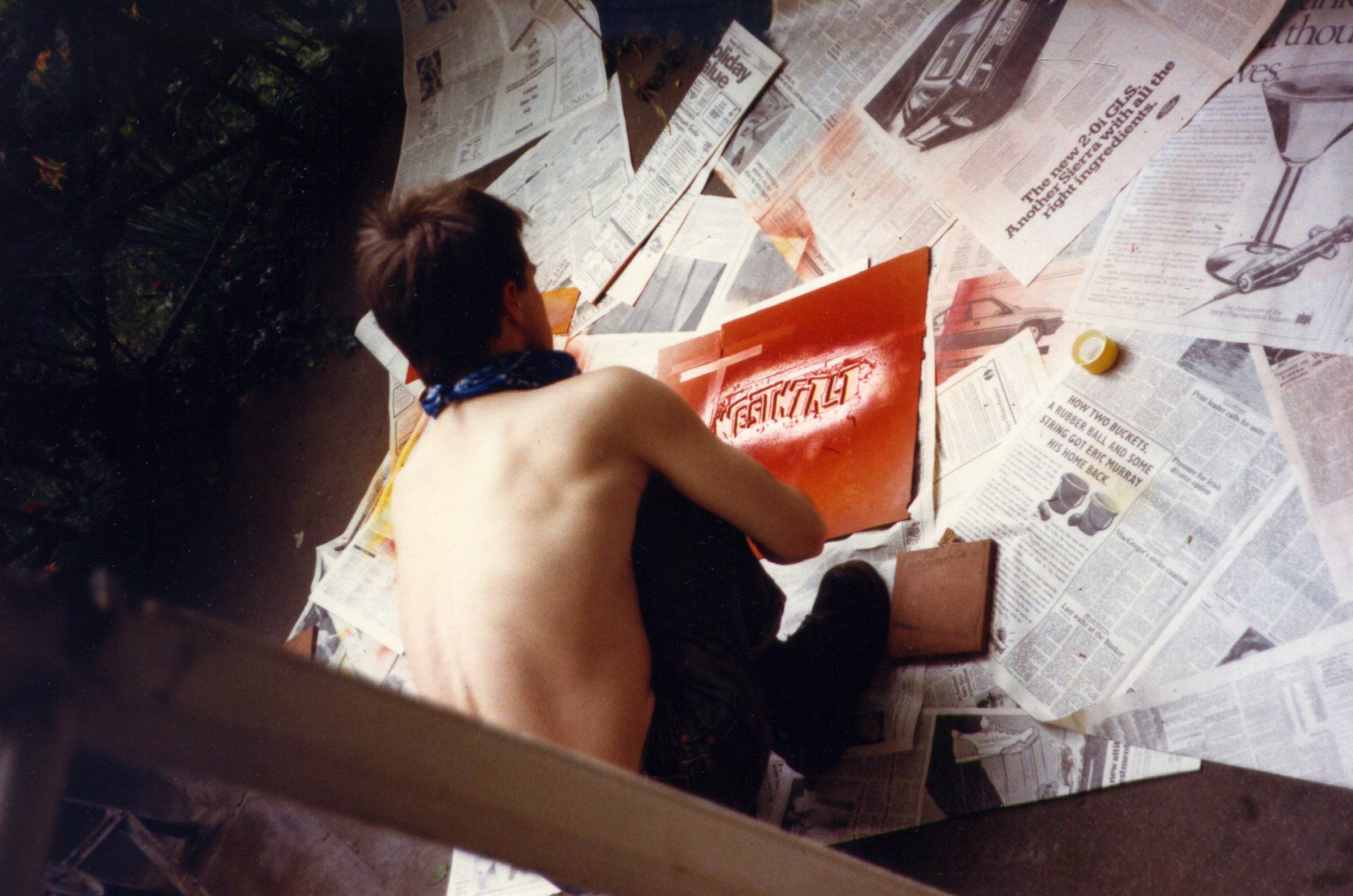 At the same time, we decided to do something positive with what was left of the records.

Us three would load up Liz’s little Mini (I finally knew someone with a car!) with the discs and drive around London. Nick or I would jump out at record shops, put a pile of about ten on the counter and say, “Give these out to anyone cool looking who wants them.” Before they could say “What?” We were gone.

Days later the phone started to ring. A DJ at Capital Radio Wendy May called and said she loved our record and would we do a session! She also worked for the TV show The Tube, which was the coolest music show at the time. Maybe we could get on that? We’d sent her a record ages ago and heard nothing, but it seemed like the worm was turning.

Tony Visconti also got back to us, at last, and invited us in for lunch at his Good Earth Studios. He was re-mixing a Marc Bolan track when we arrived. He had the guitar coming off tape and into an amp out in the studio. It was quite spooky to hear Marc playing out in the room through an amp, but fuckin’ cool as shit. We all got along and were to meet again next week.

It was Halloween, 31st of October 1986. We came out of our meeting with Tony Visconti and as we were up-town we got the Evening Standard early, opened it up to the Ad-Lib section to see the great picture of Liz in a Yankee’s baseball jacket, hat and a fag in her gob. Not a plate of sausages at all, but a smoking hot new thang. 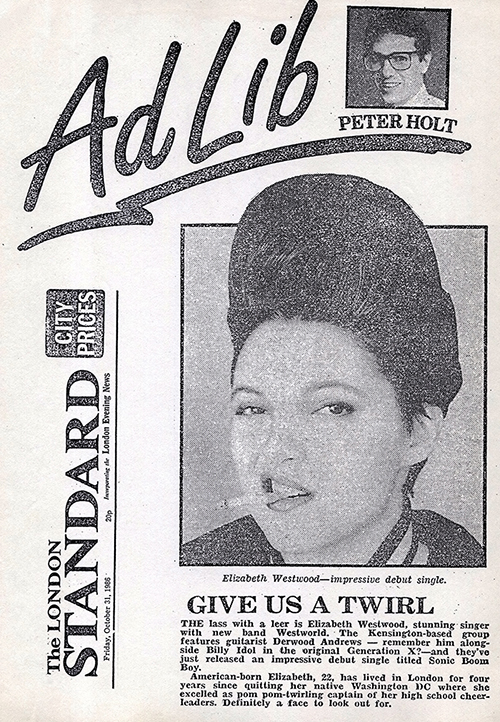 Pete McCarthy and his girlfriend Nikki came over. They loved the record and Pete was adamant that he could get us the biggest record deal this year! Pete was a genius. Some people thought he was a bull-shitter, but they were wrong. In the past he had brought The Stray Cats to England, he’d helped The Cult get going and did a lot for Dexy’s Midnight Runners, among other things. He was like the Jesus Christ of Rock’n’Roll. He would latch on to something and travel around London spreading the word to everyone he met. “This band are going to be the biggest feckin’ band in the world next year, mark my words, wait an’ see!” He was a one-man word of mouth machine and I knew his reputation well enough to know he would be doing that for us.

Within four days of getting Pete on the case we had scouts from CBS and Chrysalis come over to Liz’s mansion, our headquarters. This was incredible. We would play some demos of other songs for them and when they asked for a copy we said no. We would start interviewing them, Nick would sit on the couch taking notes, Liz would ask the questions and I was DJ. The next day 18th November, it was Island Records, EMI and CBS again. One would leave and meet the next one coming in on the way out… it was comedy!

Get this, the next day I get a call from Michael who was working with Robert Plant (Led Zeppelin) in a studio up town. He asked would I bring a guitar and come and play on some stuff they’re working on? He said they were going to be doing a whole album and I should try out for the job.

This was all getting very strange. I was kind of in a daze, but I headed up to the studio.

I’d met Robert a few times with Generation X and he remembered me, which was surprising. There was no fuckin’ guitar amp there and all I could do is plug straight into the mixing desk. It was a totally unplayable sound, limp and awful. I just said, “I can’t play with this sound, let’s go down the pub.” I really was not interested in the music or getting a job as a guitarist. I thought that I was a week away from getting my own record deal, so I didn’t give a fuck.

We went down the boozer and I sat at the bar with Robert and proceeded to talk about the blues and singing an’ all. I got a bit drunk and was trying to convince him that Paul Rodgers was actually the best British blues singer. Robert was not having any of that and tried to convince me that he was. It went on for a while and I kind of drifted off and thought, is this a fuckin’ dream, or what? What is going on, record companies, Robert Plant. It was very bizarre… 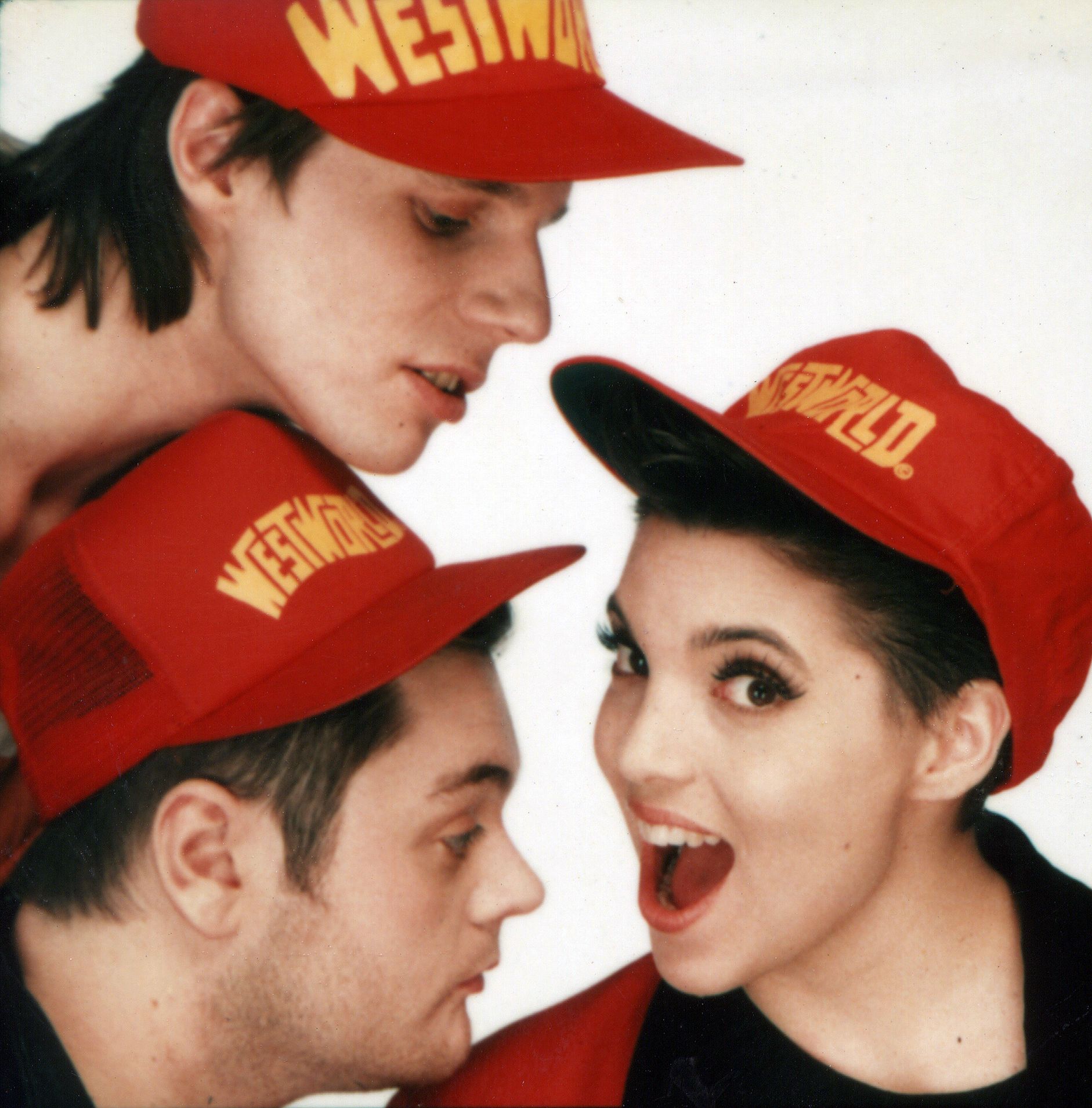 A couple of days after that we all went to CBS to meet the boss, Muff Winwood (Steve Winwood’s brother). He loved the record and us and asked what did we want. We didn’t really know, so we left.

On the 23rd November we recorded a performance of Sonic Boom Boy for The Tube TV show. It was fuckin’ brilliant and they were going to show it in a couple of weeks. I don’t think many unsigned bands got on TV. It was going really good and it was all down to us. Amazing.

By this time, it was all the heads of the companies. Coming over to our place, one after the other. Still only hearing our demo tape and not being allowed copies! It was like a feeding frenzy.

We decided to ask for the same money from everyone, 100,000 pounds. We didn’t want a bidding war so we asked for control of everything instead. We wanted our own label within a label; we wanted control over artwork, video, producer, as much say in everything as they were willing to give.

The next couple of days were spent at lawyers and talking it all over with Pete and Nikki. We didn’t know who to sign with, but Pete was getting nervous that they’d all disappear as fast as they’d come. We had to make up our minds.

We had 3 more days of meetings and fancy dinners, then came December 5th 1986, ten years to the day since I auditioned for Generation X and became a ‘professional’ musician. Crazy five-way phone calls all day…and we chose RCA! I had asked my mate Simon Palmour (my good sensible friend) who to go with, he said, “Well, RCA have Elvis.” That was good enough for me. 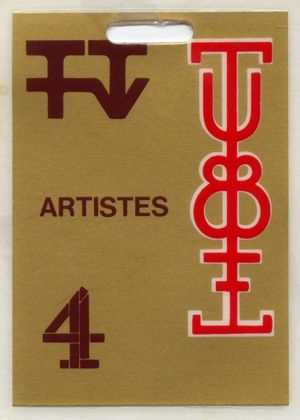 At 6pm that day we appeared on The Tube; we killed! At 8 pm we met at RCA, lawyers, sitting around, more secret talks, fast food brought in, on and on. Our lawyer was stuck on a point in year seven. For fuck’s sake we said, we ain’t gonna get to year seven! Let’s just sign it and go. He carried on negotiations until he got what he wanted. We finally signed at 3.55 am.

Me, Liz and Nick walked out into the cold morning with 13,000 quid a piece in our pockets. Un- fuckin’ believable!

After a while we all met at RCA, we demanded that Mark Ferda, the guy who’d done our record was to produce our album. Okay, we’ll book a studio. Let’s start recording. We started with ‘Sonic Boom Boy’ of course. Mark was great and bought in a great engineer called Danny Hide. It was a great team. I had never laughed so much, or been with such funny people. It was a constant barrage of jokes and piss-takes. But we were working 16 hours a day and making some great sounds.

It was crucial to get Sonic Boom Boy right. Now we were re-recording it. We sped the tempo up from 110 bpm to 120. Liz wasn’t getting the vocals at all. Everyone was becoming a bit concerned. Liz had only ever sung about three times, all in the studio, and never really in public. So the more nervous record people showed up, the more nervous and shit she sang. You could feel the tension. We went to another studio and she just knocked it out, it was perfect and everyone breathed a sigh of relief.

I’d made it a point that Elizabeth and Nick would get writing credits on everything, even though it was mostly all my work. I’d always believed that was the fair thing to do and now it was my choice, so all songs appeared as written by ‘Westworld’.

This is basically where it turns into probably every other biography of a ‘successful’ musician. So fuck that, I’ll keep it short. There were no days off. Lots of drugs of all shades and textures, booze akimbo, real good ‘bad’ food. Video shoots, photo sessions, interviews, practical jokes, recording sessions, radio sessions, drinking sessions, non-stop travel, car rides, plane rides, arguments, meetings, worries and triumphs… all in the first two weeks of January. Seriously.

We had our first single coming out, and we were recording our first album. It started to feel like “I don’t know if we can catch ourselves up?”

Sonic Boom Boy came out in February and shot straight in to the charts as the highest new entry at #22. Now, we were fucked… 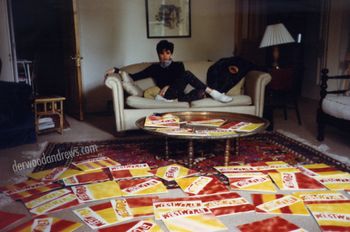 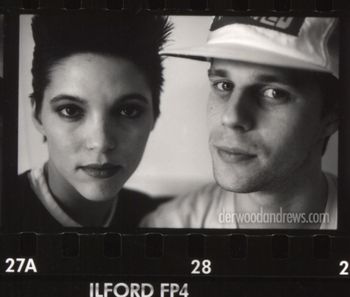 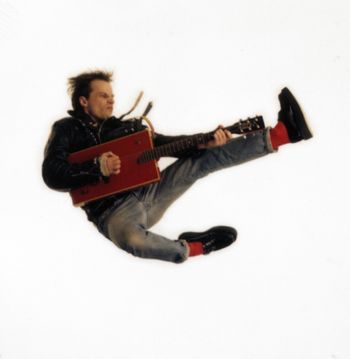 ...AND A MATTRESS PLEASE 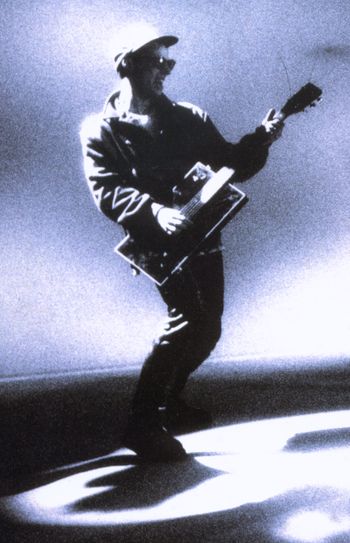 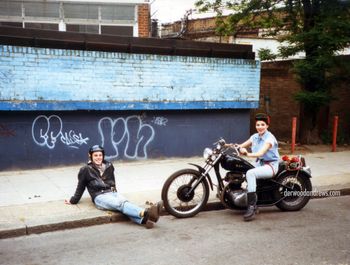 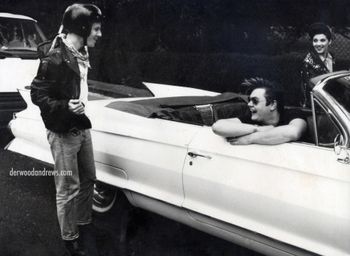 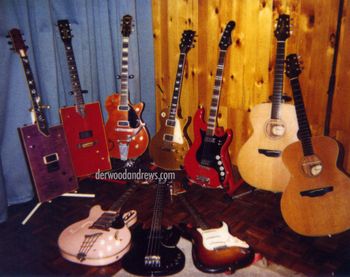 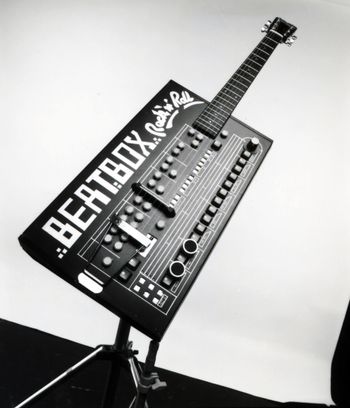 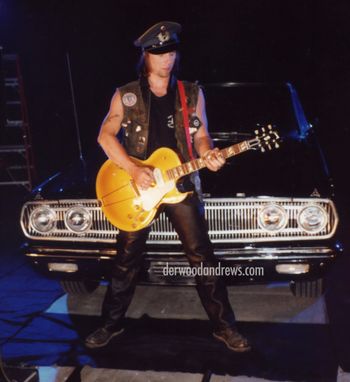