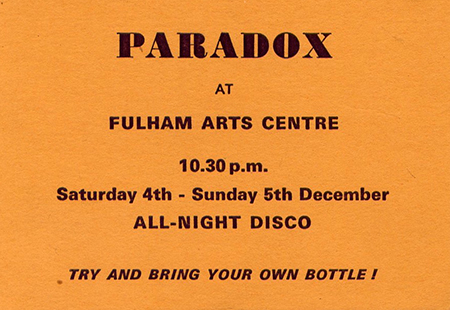 (This passage picks up the week after the first gig with my band Paradox; which Billy attended seeking a guitarist for his band.)

I didn’t show up for work on Monday. Instead, Tony the bass player called and said they were going to a party tonight and I should come along. It was a Cockney Rebel party. I tucked into the free champagne and smoked salmon, and we all stared at the stars. Marc Bolan was standing around talking and laughing. I was getting a little pissed and was chatting up some women and generally being a bit laree. I looked over to Billy and Tony and received a dual look of approval.

I didn’t show up for work on Tuesday. Instead, I went to a club in Covent Garden called The Roxy, in the heart of the West End of London. It wasn’t open yet, but the owner was also the manager of the band. We began to rehearse there for Friday’s gig. We worked on a set of about eight or nine songs.

Billy gave me a really weird little black guitar to play. It sounded real good. I was plugged into Billy’s HH IC100 combo. Fuck, this is serious! 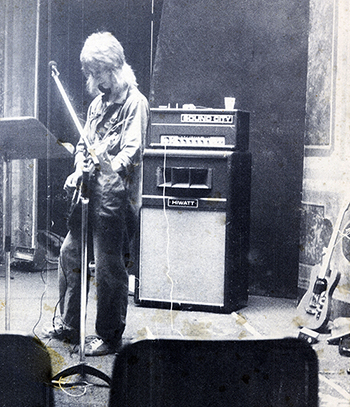 I’ve gotta tell you about guitar sounds. Back in my Paradox days, er three days ago, I had only just discovered how those great guitarists got that sound. For ages I had the worst possible amp and cab combination. A Sound City top and half a Hi-watt horned PA cab for the speakers. My thoughts were the bigger and heavier it all is must translate to a big heavy sound, right? Wrong, you could turn this thing up to full volume and it would be the most annoying clean guitar sound ever. I got a few fuzz pedals to dirty it up, which sounded even worse. I couldn’t understand the trick.

Just before the Paradox gig I had had it with the big old shit and swapped it for an Orange combo. It was the same thing, except not as loud. One day me and Slouch were ‘round my house and everyone was out. So, we turned that Orange up all the way and there it was. The Holy Grail of natural distorted blown up feedback ball-busting dirty fuckin’ rock guitar. And no fuzz pedals! You just have to play on the edge of smoking the amp completely. Now I knew the secret.

But Billy’s amp wasn’t like that. It was a bit of a phony sound but very playable, so I was happy to use his stuff.

I didn’t show up for work on Wednesday. Instead, I grabbed Slouch and went to The Roxy again. More rehearsing and my new orders to cut my hair and get some ‘punk’ clothes. Slouch made himself useful moving equipment around and setting up the drums. 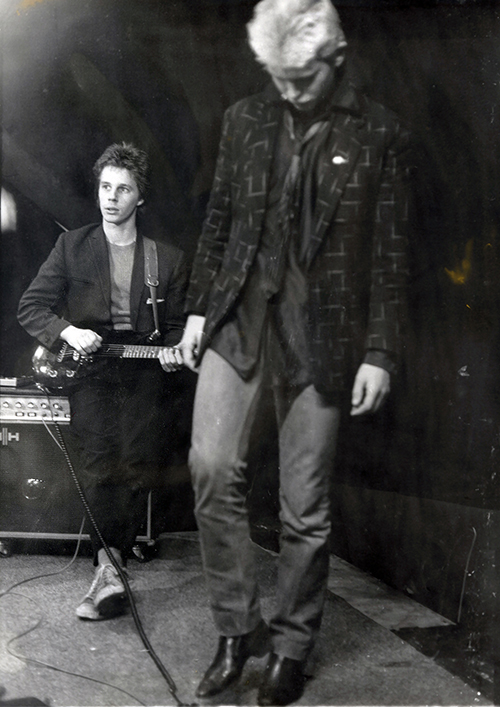 I didn’t show up for work on Thursday. Instead, me and Slouch went down The Roxy again and polished the set. I asked Slouch if I should join the band; was Paradox done? He said “I’m never playing the fuckin’ drums again!” So there was my answer. I hadn’t told Noggin (the rhythm guitarist) yet, although he had called and left messages at home. And I still hadn’t let my job know anything…That’s Youth!

Slouch and me had tried to cut my hair into a shorter style, with limited success. On Friday, I figured I probably didn’t have a job anymore. We put the final touches on the set and Billy’s girlfriend handed me my ‘uniform’. It consisted of straight-legged black jeans, old tennis shoes, a red jumper and a black leather motorcycle jacket. To go with it was an optional piece that closely resembled a swastika arm band, but with a black X instead. Then I was marched across the road to the barbers for a sheering. The transformation was complete and just in time.

Off we headed to the Central College of Art and Design. We were playing with another band called Eater and a band called Siouxsie and the Banshees, except the latter didn’t show up. We were good, it flashed by. The crowd that wanted to kill me six days ago loved it!

I didn’t move much on stage due to being terrified, concentrating on the music and the fact that hairs from my recent hair cut were down my fuckin’ back and neck.

It was over, everyone was happy, what a crazy six days. I got home with Slouch and Wendy in tow, about 2.30 am, waking up Mum and Dad to show them the ‘new’ me. How thoughtful.

The Roxy was our meeting place and home base. We rehearsed again on Sunday and had our first photo session outside the club.

On the Monday I had to appear at work and tell them I was leaving due to my new job as a pop star didn’t allow me enough time to come in! They took it very well and wished me luck.

On Tuesday 14th December 1976, Sounds music paper had a review of our debut gig, written by Pete Silverton. Here is an excerpt.

‘Generation X made an auspicious debut. Lured away from a “long-haired youth club band”, with promises of fame but no fortune, Bob Andrews was rushed through two rehearsals. Four days later, he was treading the boards at the Central London College of Art and Design as a fully- fledged member of Generation X.

He played, as Don Revie would say, a blinder; his style a powerful mélange of Eric Clapton licks and solid chords. An unusual mixture but one that certainly gave the overall sound a variety of texture that’s often missing from that of some of the less talented new wave bands.

Anybody’s first appearance is a tentative event. Theirs was no exception. Billy Idol’s vocals were occasionally flat and lacking in the necessary expressiveness (but the backing vocals were excellent). 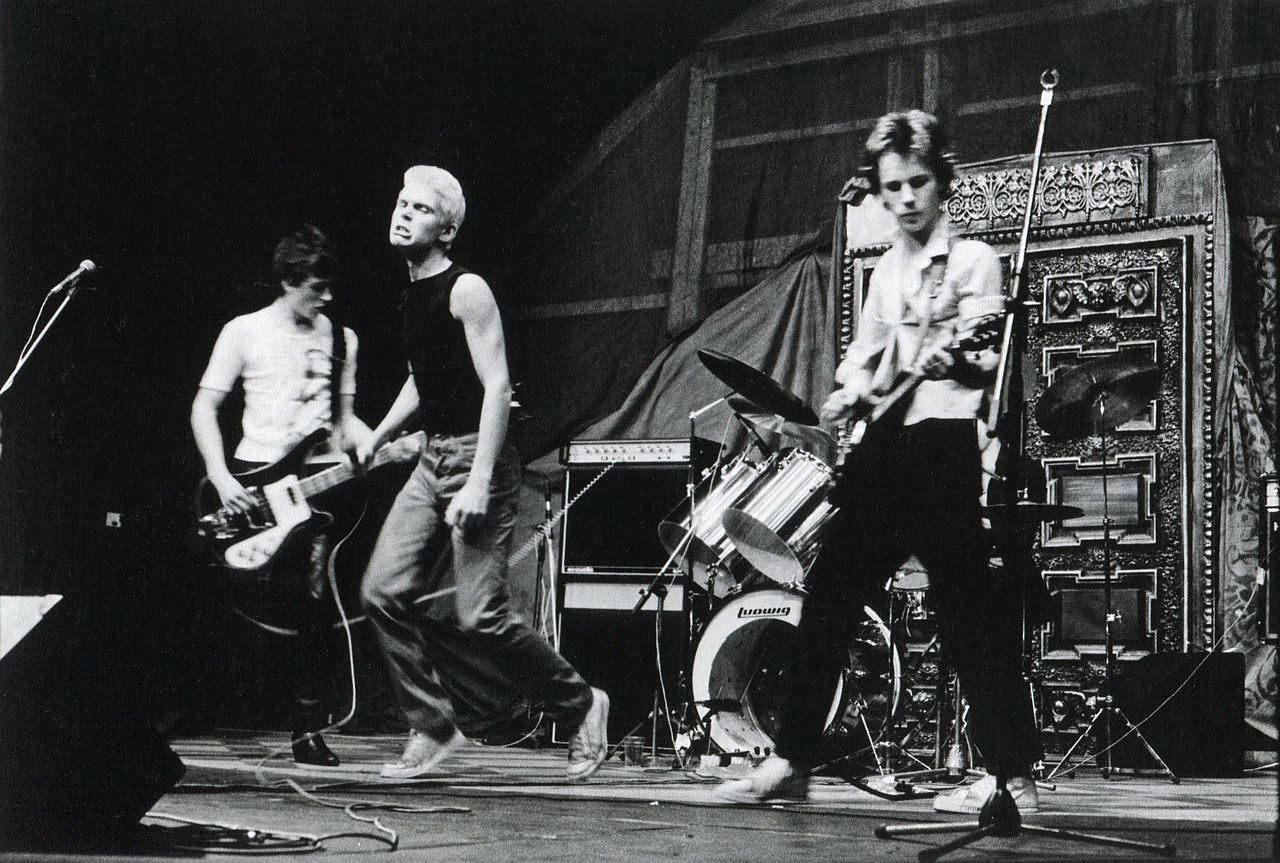 The PA cut out during the second number and, although that wasn’t their fault, the decidedly passé drum solo that John used to fill the wait until the juice flowed again was.

I more than enjoyed myself however and, stumbling out, I reflected that 1976 has been a pretty good year for rock’n’roll and, if Generation X stick around, 1977 could be even better.

I also felt definitely smug watching Guru Mahara Ji acolytes troop out of a meeting in the opposite corner of the square and being confronted with “Anarchy in the UK” blasting out very audibly from the college disco.

I was real pleased with being written about in a paper; I actually came off quite well. I could have done without the Eric Clapton reference though, never was a fan of his.

That Tuesday night we opened The Roxy. It was to become the first official London punk club. Siouxsie and the Banshees turned up this time with an unheard-of drummer called Sid Vicious. It was our second gig and a great night on our home turf. Andy, the manager gave me 30 quid as my share of the takings. Rock’n’Roll!

A few days later we did an interview at the club for a French magazine and then on New Years Eve we played at some pub in Brighton to about 8 people. It was great walking on the beach at midnight in the pissing rain. It really felt as if something great was just around the corner. Youth Youth Youth and 1977. 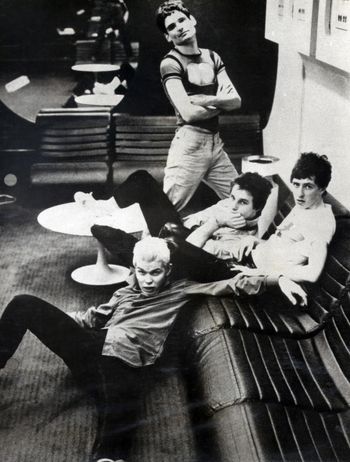 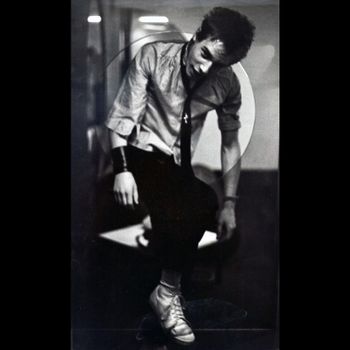 WIDTH OF A CIRCLE 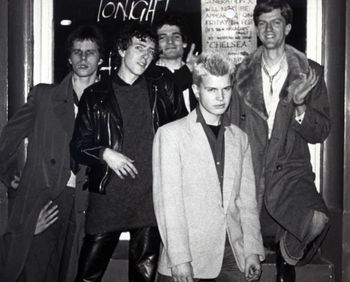 THE HAND OF SLOUCH 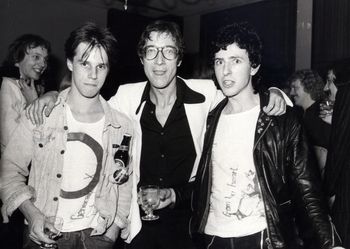 HANK B. MARVIN THE STRAT LEGEND 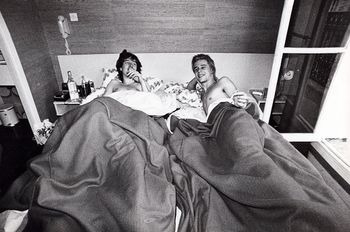 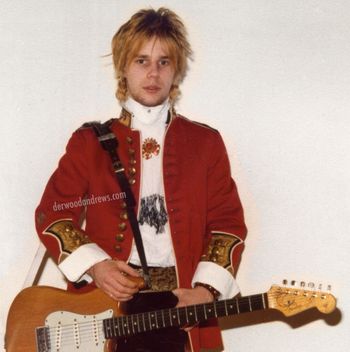 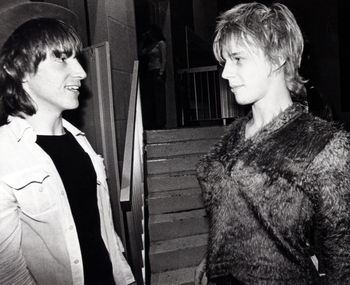 A PAIR OF TITS 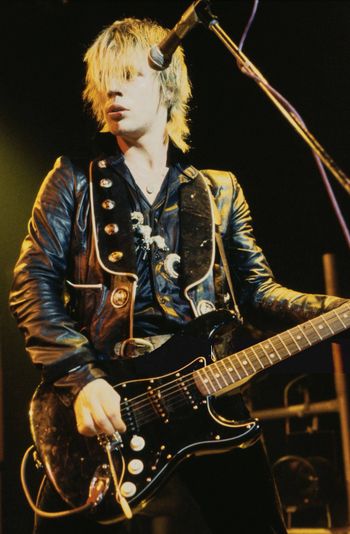 MAGAZINE COVER FOR SURE 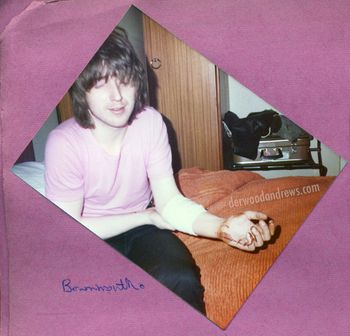 BOURNEMOUTH WAS A ROUGH NIGHT 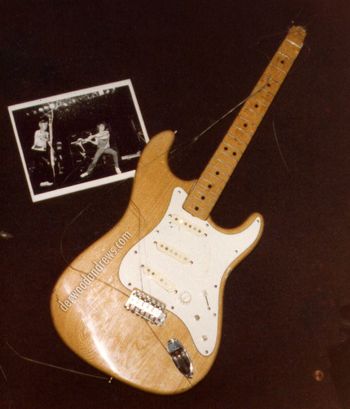 BEFORE IT WAS BURIED IN THE BACK YARD 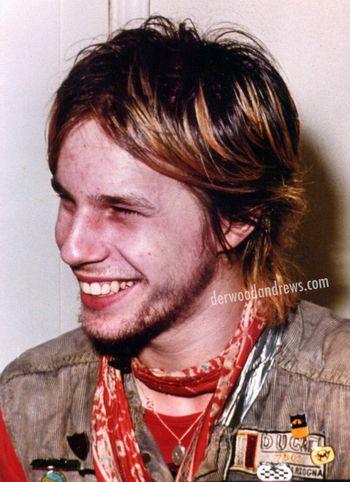 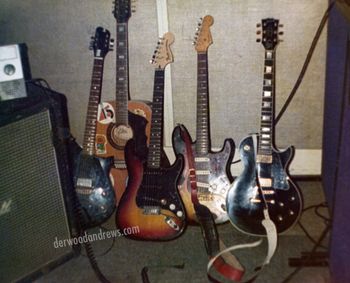